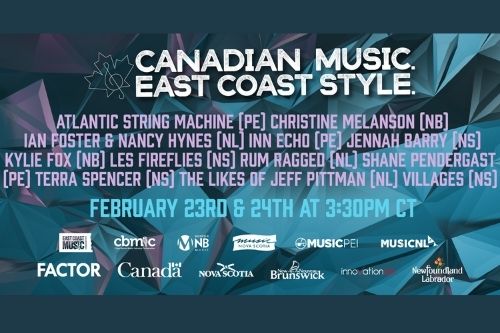 In place of an in-person conference this year, “Folk Unlocked”, will offer a five-day virtual event for the entire international folk community to come together in a series of engaging conference panels, showcases, peer group meetings, networking, and mentorship sessions.

Long a source of inspiration for music industry professionals, FAI is providing fan access to the Folk Unlocked showcases with over eight hundred hours of performances from artists from all fifty states in the U.S. and over 30 countries. Programming will be interactive, whether live-streamed or pre-recorded and recordings will be available for later viewing, allowing folks from around the globe to tune in when they can! Access to these showcases will be granted to donors to a newly-launched fund to help folk artists and industry professionals in financial need called The Village Fund. For more information on Folk Unlocked visit https://folk.org.

We would like to acknowledge the financial support of FACTOR, MusicAction, The Government of Canada and of Canada’s private radio broadcasters, and the New Brunswick, Nova Scotia, Newfoundland & Labrador, and Prince Edward Island Provincial Governments.