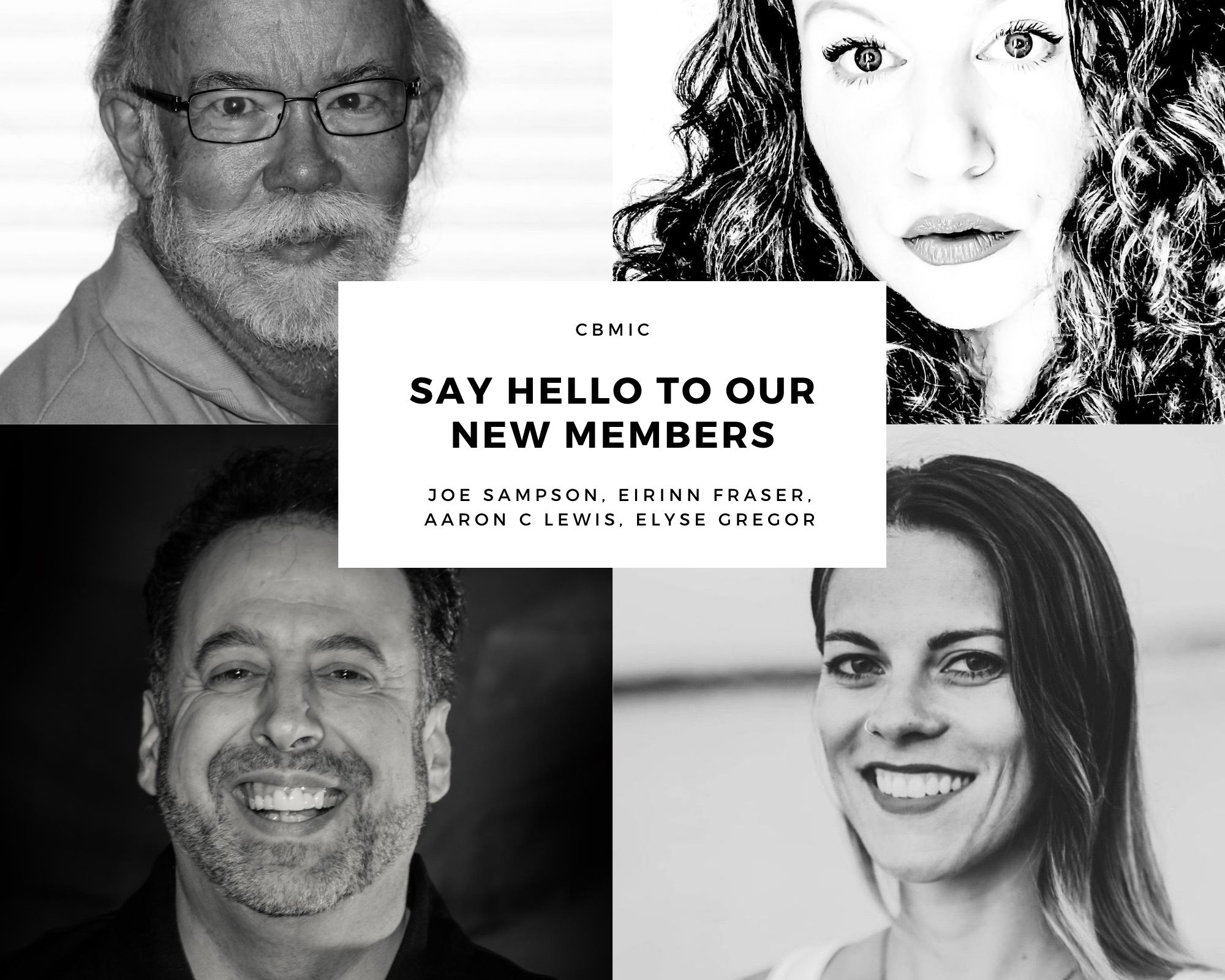 Say hello to our new board members & staff!

CBMIC is proud introduce our new board members for 2020: Eirinn Fraser, Aaron Lewis, and Joe Sampson. Collectively, they are bringing over 40 years of music industry experience and passion to CBMIC.

Eirinn resides on beautiful Cape Breton Island in the picturesque County of Inverness. She brings 17 years of experience in the entertainment industry and an eclectic mix of skill sets and enthusiasm. It has always been her intent to help others succeed at their goals and dreams.

In recent years Eirinn has worked on various community and municipal projects across Nova Scotia and has been on various boards and committees within Nova Scotia. She was the project coordinator for the 5 million dollar Destination Reeves Street rejuvenation project for the Town of Port Hawkesbury and is currently on the committee for the Village of Whycocomagh and the Municipality of the County of Inverness, Brand & Streetscape project. She is on the Board of Directors for the Rural Communities Foundation of Nova Scotia and the Chair of Grant Development, Engagement and Communications. Most recently, Eirinn won a 2018 Music Nova Scotia Award for Volunteering and was nominated for a 2019 and 2017 Music Nova Scotia Award in the same category.

Currently celebrating 66 years of life experience, Joe has been an avid lover and supporter of music for most of those years. As well, Joe has a passion for photography which for the last 4 years or so have combined with Live music performances to create RockPixels, an ongoing exercise in photo-documenting the Cape Breton music scene. This has been an opportunity to hear and meet many musicians of all genres and experience levels at many venues throughout Cape Breton.

Aaron has been a professional musician since he was 16 years old. Today, Aaron is a professional and established vocalistic and multi-instrumentalist who has toured the world, including 7 years with The Carleton Showband. Aaron has shared the stage with such names as Joe Diffie, Alabama, Tommy Hunter, Charlie Pride, Matt Minglewood, Michelle Wright and John Allan Cameron to name only a few.

Some of Aaron’s career highlights include co-founding the popular Trio ‘The Three Pianos, becoming Musical Director for a show at the Bellagio in Las Vegas, and performing in the cruise ship industry in Sydney, where he received the Top Excursion award for his show Spirit of the Fiddle. He was also awarded ‘The Akademia Music Award’, recognizing excellence in music throughout the world for his single ‘Warm Beer’, and an ‘Honorary Citizen of Newfoundland Award’, for which his group was the first to receive such an honor by a Premier.

Aaron has contributed his talents to more than 150 studio projects. He has also produced more than 15 recording projects for other artists. Today Aaron has his own independent recording label and production company and after years of performing with other artists and bands he released a solo album in 2012 entitled ‘Discovering Gold’. In 2017, his single ‘Put a Little Love On It’ sold 10,000 copies in three months. In 2018, he was inducted into the Nova Scotia Country Music Hall Of Fame

In addition to the new board members, we have a new staff member in the office.

Elyse Gregor is the new admin assistant for CBMIC as of July 20th. Born and raised on Cape Breton Island, Elyse fell in love with music at an early age, playing clarinet throughout her grade school years as part of the Glace Bay High School concert band and picking up an acoustic guitar at 16.

Music was a hobby as she pursued a degree in engineering before coming back to music full time and adopting the artist name Elyse Aeryn. Now as a performing and recording artist, Elyse is immersing herself deeper into the music industry while working with CBMIC and supporting the local music community.

Her transferable administrative skills and passion for music and community will be valuable in assisting with social media management, website maintenance, and community outreach. Some of her projects include the I Am CBMIC campaign and membership drive, liaising with community partners, and streamlining online communications.